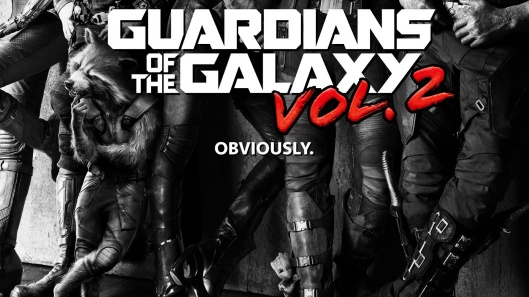 The freaking Guardians of the Galaxy have returned to our screens, complete with bright technicolor characters and landscapes, and with a new soundtrack to complement their numerous slow-motion strides. This time around Peter is discovered by his father Ego, while the rest of the team reaffirm their value to one other with a new addition to the group called Mantis.

Volume 2 moves away from the origin stories to an extent, with both Mantis and Ego delivering their own backstories in an other worldly PowerPoint presentation. Which although interesting and integral to the plot for Ego’s character, is nicely summarised quite creatively and succinctly. A nice touch from director James Gunn, who has returned to both write and direct the sequel.

The team splits quite early in the film, with Peter, Gamora and Drax disappearing with Mantis and Ego, whilst Rocket Nebula and Groot remain with the ship. The former becoming a somewhat sinister episode of long lost family, aided by fantastic comedic timing from both Drax and Mantis who help lift the rather somber themes of abandonment and suspicion deservedly felt by Peter and Gamora towards Ego.

The relationship between Drax and Mantis really unveils why these films work, because while the moments between Peter and Ego are interesting and integral to the overall plot. The key elements are the unconventional and hilarious comedic moments between the rest of the cast, found through their clash of cultures. So, though the scenes with Ego are very good, the real entertainment can be found with the rest of the cast, evidenced during one hilarious moment between Drax and Ego, when Drax enquires how Ego was able to have sex with Peter’s mother given that Ego is a planet, a fair question and one that provides a little backstory into Drax’s free speaking culture.

The design of the set and the many characters really is incredible, with an impressive attention to detail. The script is an intelligent and balanced combination of satire, wonderfully timed interactions, and an emotional core that enable us to connect to the characters, even if some jokes weren’t quite ripe enough for the final cut. So that despite all the bravado of Ego as a catalyst for the team, it’s really not what makes this film remarkable, meaning what should be the main spectacle isn’t actually the focus of the film, that role instead is deservedly given to the core characters.

The second party, formed of Groot, Nebula and Rocket become the odd family, before transitioning into a buddy comedy with Rocket, Groot, and Yondu. One you didn’t know you wanted but are so happy to have found. Gunn clearly understands these characters and knows how to source and utilise the best material from them, because despite Ego’s amazing ability to manipulate material around him, the most entertaining moments happen because of the rest of the alien cast, primarily through their interactions.

For me, Groot and Rocket are the stars of this film and steal every scene they are in. Having sacrificed himself for the team at the end of the last film, Groot is now Baby Groot, and Baby Groot is both parts adorable, hilarious and angry toddler with formidable strength, with Rocket acting as the parent. The film opens with the team tackling a threat to a race of highly intelligent, sophisticated people who have engineered themselves to be Gold skinned, and who the trailers quite cunningly leads you to believe are the main antagonists of the piece. So, whilst the team is busy dealing with this monster, Groot starts the music and happily dances around the team totally oblivious to his surroundings, focused instead on dealing with much smaller ‘threats’ of his own. The team’s interactions with Groot throughout are fantastic, reacting as you would to a small child who you love, but are well aware can, to an extent, handle himself while you deal with much bigger issues.

I thoroughly enjoyed this film, it’s fun, absolutely hilarious, and with a genuine emotional core to connect to the audience. I much prefer this to its predecessor. The characters have been developed nicely, both as individuals and in regard to their relationship to one another.

The soundtrack is the only element I didn’t really care for this time, which is not to say it’s bad because it works with whatever montage is happening at the time. However, barring the opening number, none of the songs have stayed with me, and I’ve now seen it twice.

OVERALL **** A successful sequel that in my mind overshadows the first purely because it moves away from the standard origin story, producing a more comedic and developed team for our entertainment.

RECOMMENDATION – Even if you have absolutely no knowledge of these characters or the first film, I still think it’s worth a watch for its hilarious absurdity.